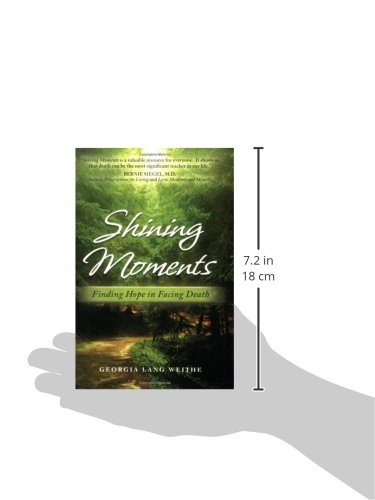 Cardinal Pio Laghi was a mentor and friend who showed great kindness to me as a young bishop. He gave me my first zucchetto, pectoral cross, and mitre. Delivering these remarks in his name is not just a pleasure, the pleasure of being with you, but also an honor. There are days when everyone in the Church seems angry.

Laypeople and priests are angry with their bishops for the abuse scandal, which never seems to end. Bishops are angry with priests for their bad example. And many bishops are also frustrated — to put it gently — with Rome for its unwillingness to acknowledge the real nature and scope of the abuse problem. Clerical privilege is not the problem. Clericalism may be a factor in the sexual abuse of minors, but no parent I know — and I hear from a lot of them — sees that as the main issue. Not naming the real problem for what it is, a pattern of predatory homosexuality and a failure to weed that out from Church life, is an act of self-delusion.

My own frustration over the past few weeks has been fed by German bishops who seem willing to break what remains of Church peace and unity with bad ideas about sexual morality and an impressive array of other issues.

I have two points I want to make here. First, much of the anger in the Church today is righteous and healthy. What we do with that anger, though, determines whether it becomes a medicine or a poison. The Church has seen corruption, incompetence and cowardice in her leaders, including in her bishops and popes, many times in the past; many more times than most Catholics realize.

The fact that Americans are notoriously bad at history and ignorant of its lessons only compounds the problem. And yet here we are. Twenty centuries after the resurrection of Jesus, the Church continues her mission. She survives and continues through the grace of God. But that grace works through people like you and me.

All of the great Catholic reformers in history had three essential qualities: personal humility; a passion for purifying the Church starting with themselves, and a fidelity to her teaching, all motivated by unselfish, self-sacrificing love. God calls all of us, but especially his priests, not just to renew the face of the earth with his Spirit, but to renew the heart of the Church with our lives; to make her young and beautiful, again and again, so that she shines with his love for the world.

To borrow from St. Augustine, God made us to make the times, not the times to make us. And unless we make the times better with the light of Jesus Christ, then the times will make us worse with their darkness. The first words of St. So do we really believe in Jesus Christ or not? Everything turns on the answer.

Because if our Christian faith really grounds and organizes our lives, then we have no reason to fear, and we have every reason to hope. Hope depends on faith.

But God is here with us, and because he is, this time of ours, like every other difficult time in history, is a good time to be a Catholic and especially to be a priest — because every priest has the privilege of holding the Source of love, the God who made all creation, in his hands. Nor is it unexpected. In a interview, as some of you probably know, Joseph Ratzinger offered some extraordinary reflections on the future of the Church. The issues were different in Germany in those years, but like our own time and place, the Church found herself under great pressure.

After Vatican II, many men left the priesthood. The cultural revolutions of had a heavy and confusing impact throughout the Church. She will no longer inhabit many of the edifices she built in prosperity.

As the number of adherents diminishes, so she will lose many of her social privileges. It gives to us - death does - the single greatest opportunity to prove the reality of our faith. Here is Paul, our example; he faces death with joyous anticipation, because he believed it would usher him into glory. Into the presence of the Lord whom he supremely loved, into the blessing of heaven with all its perfection, for which he was created, and for which he was redeemed.

He faced death with good courage, with cheer, happily, gladly, confidently. Death was a welcome friend. Now, in this text, he gives us four reasons why. This is so basic. There were four reasons why.

He could get rid of this earthly tent, and in its place a building from God, a house not made with hands, eternal in the heavens, would belong to him.

He knew the next body is the best. We refers to believers - we know.

How do you know? Because God has revealed it to us. In fact, in the letter that we call 1 Corinthians, which he wrote to the church before this one, and the fifteenth chapter, he went through the whole chapter, 58 verses, and described our future. So, the knowledge of which the apostle is here speaking is a particular knowledge, that has been granted to Christian believers by way of revelation. It comes from the revelation of God in Scripture.

The Bible promises resurrection. And Paul rejoices when he looks at death because the frailties, the limitations, the gravitational and iniquitous pull of sin associated with our present bodies, will be a thing of the past. And he says for we know because he knew the Corinthians knew, because he had written them about it - one whole chapter of 58 verses.

It was the best body.

What do you mean, if? That he would live until Jesus came back. And you know what that tells me? That tells me he believed in an imminent return. Can you identify with that? But maybe not this second option. Option number three: I have to live. He wanted this perishable to put on the imperishable, and this mortal to put on the immortal. He wanted to be there in the moment, in the twinkling of an eye, when the last trump blew, and he wanted to go right into the presence of the Lord, without ever facing death.

He wrote about it to the Thessalonians, and he similarly indicated his own longing for that. Then we who are alive and remain shall be caught up together with them in the clouds to meet the Lord in the air, and we shall always be with the Lord. I want to see this thing to the end. I want Him to come and take me to glory. Rapture was best; that was number one. Number two on his list was death. And number three was life. We should live in that same kind of longing ambivalence. I understand that.

What does he mean by that? The earthly tent is the body; he calls the body an earthly tent. In the incarnation, John , it says that when Jesus Christ, the eternal God, came into the world, He tented among us - He put on one of these earthly tents. And Paul knew that as a believer, he was a stranger, and an alien, and a sojourner, and a pilgrim, to borrow the words of Peter. Second Peter and 14, 1 Peter , Peter says the same things. Peter has to put off his tent, he says, in 2 Peter and He knows his tent is going to be taken down very soon.

So, the tent was a very good image in ancient times, because people who were nomads, who were peripatetics, who just floated around with no lasting place, moved in these tents. And there was - there were a couple of other reasons Paul might have chosen a tent.

Not only because of the culture around him, but I think because, secondly, he made tents. In Acts , it says he was a leather worker; literally, that means he made tents, as well as other leather goods. One of the things you did as a leather worker - you stitched things together - was tents. He knows the strengths and weaknesses of tents, obviously. He knows that they are transient, temporary, insecure, and inferior.